Angie Rowland has a degree in English from Dartmouth College, and masters degrees in social work and educational leadership from the University of Utah.  After teaching elementary school on the Navajo Reservation in southern Utah, she directed teens’ and women’s programs at the YWCA of Salt Lake City for twelve years, then spent thirteen years as an administrator and psychology teacher at Judge Memorial Catholic High School.  She has been the principal of Utah International since it opened in 2013.

Kristie has a BA from Brigham Young University with a double major in Music and Dance. She worked in human resources and sales management before she acquired her teaching certificate from Utah State University. She taught music at Midvale Middle School before taking time off to raise a family. Kristie returned to teaching at American Preparatory Academy as a fourth and fifth grade teacher, but is now happy to be teaching music again here at UICS.

Elisabeth Bunker is an artist and art educator who is very passionate about access to art and art education for all. She has a BFA in Painting from Metropolitan State University and a Masters in Nonprofit Management from Regis University, both located in Denver, Colorado. She has been creating art with refugees and at-risk populations since 2010 and has done mural work in both Colorado and Utah. In addition to her role teaching art at Utah International she works for the city of South Salt Lake facilitating community arts programming.

Chelsea received her Bachelor of Art in English Secondary Education from Montana State University and upon graduating, she moved to Nagoya, Japan to teach English as a second language. When she moved back to America she found a school in California where she taught a variety of subjects such as English, speech, and Japanese. As a teacher at UICS she hopes to help students access the world through literacy and self-empowerment. When she’s not teaching she enjoys riding her bike, cooking, playing in the mountains, and spending time with her husband and dog.

Ivy Farguheson has a BA in political science from the University of North Carolina at Chapel Hill and a MA in language, literacy and sociocultural studies from the University of New Mexico. She is currently a PhD student in the Education, Culture and Society department at the University of Utah researching the importance of culturally responsive secondary education for black refugee students. Originally from the Boston metropolitan area, she is a second-generation American with parents from Costa Rica. She is a former high school social studies teacher – she taught in Albuquerque, NM and Washington, D.C. – who also speaks Spanish fluently. Ivy is an avid runner who is attempting to run a marathon in every U.S. state and Washington, D.C. She is also a diehard Red Sox fan.

Jamilya Hankishiyeva has a diploma in teaching and a masters degree in Education, Culture, and Society from the University of Utah. She has worked as a secondary school administrator and a teacher. She has also served as a teacher training officer  for the United Nations Educational, Cultural, and Scientific Organization and as a country coordinator for American Councils for International Education.

Dzana has a Bachelors degree in Linguistics with an emphasis in Teaching English to Speakers of Other Languages from the University of Utah. She graduated in 2009 and has since then taught English as a Second Language to adult refugee and international students at an alternative high school for the Salt Lake City School District. She also taught at various other community and social services centers in the Salt Lake City region to a vast population of learners.

Amelie has a Bachelor of Arts degree in Social Studies Education  and a Bachelor of Arts in Spanish. She has worked as a classroom teacher and ESL paraprofessional for the past 2 years.  She is passionate about making Social Studies applicable and relevant to everyday life, as well as developing every student’s ability to critically think and develop their own opinions.  When she is not teaching, Amelie loves rock climbing, yoga, and running down hill.

Mr. Kasteler has a degree in History from the University of Utah and completed the Alternative Teacher Preparation in Special Education from Utah State.  He worked as a para-educator at Olympus Junior High while completing his education.  After graduating, he taught math and ran the behavior unit at Hunter Junior High before joining the staff at Utah International.  In addition to working his day job, Mr. Kasteler also worked and volunteered at various programs for “at risk” youth.  When not teaching, Mr. Kasteler enjoys building and sailing boats, biking, camping, and spending time with his wife and two dogs.

Mimi Marstaller has a has a Masters of Arts in Teaching from Earlham College in Indiana, where she taught at Richmond Public High School before coming to Utah International. She has been an ESL tutor in Salt Lake City with the Guadalupe School, an English teacher in France, and an English literature teacher in Palestine. She believes strongly in the benefits of mixed-ability classes and multi-cultural education. She also believes that student choice in what they read fosters a love of reading and learning.

Tracy has a degree in Liberal Studies from Cal-State Fullerton, with an emphasis in middle school math.  Mrs. McDiarmid received a secondary teaching credential from Point Loma Nazarene University for mathematics.  While attending Cal-State Fullerton and raising two children she worked at Raney Middle School in the Corona-Norco Unified School District in Riverside County as an academic aid for in-class suspension.  This is where she developed her love for students in the middle grades.  Mrs. McDiarmid is also fluent in French, which she learned while serving a church mission in Quebec, Canada.  She has taught algebra and test prep classes to at-risk youth at the high school level while teaching in California and also 7th and 8th grade druing the last 6 years.  Mrs. McDiarmid grew up in Utah and is so happy to be moving back and loves spending time with her family, hiking, skiiing, running outdoors, yoga, gardening, and improving her teaching practice.  She finds Utah quite cold and is excited for winter to run its course.

Usha has a Bachelor of Science degree in Physical Sciences with a minor in Mathematics. She also holds a Bachelor’s degree in Education as well as Master’s Degree in Math Education. She has been teaching Math and Physics in Salt Lake City for the past 11 years. In her spare time, she enjoys cooking, playing tennis and table tennis and spending time with her family.

Ashlee Nelson has a Bachelor of Science in Health Promotion and Education with a minor in Linguistics from the University of Utah. She also has an ESL endorsement to teach English to students who speak other languages.  Ashlee worked for the Salt Lake City School District as a Substitute Teacher for the and also worked at West High School as a paraprofessional for five years with students in the Special Education Program. Currently she is working on a Masters Degree in Special Education for mild/moderate disabilities k-12. Ashlee is looking forward to providing the school community with quality information regarding Physical Education and Health Education.

Keiko has a BS in Psychology from Spring Hill College in Mobile, Alabama. She taught middle and high school math in Mississippi for ten years. Then, she served in the Peace Corps in Lesotho, Africa teaching secondary mathematics for two years. She moved to Utah in 2018 and last year taught high school math at Garfield School.

Jean Bosco holds a B.A.Ed. (French and Mathematics) and M.Ed (Sociology of Education) from University of Zambia and M.A. (World Languages) from University of Utah. His passion about teaching stems far back when he was in high school and used to coach a small group of students in mathematics and principals of account. His research interests are to explore student centered methods that do not place more burden on the students but are responsive to various students’ needs and interests. 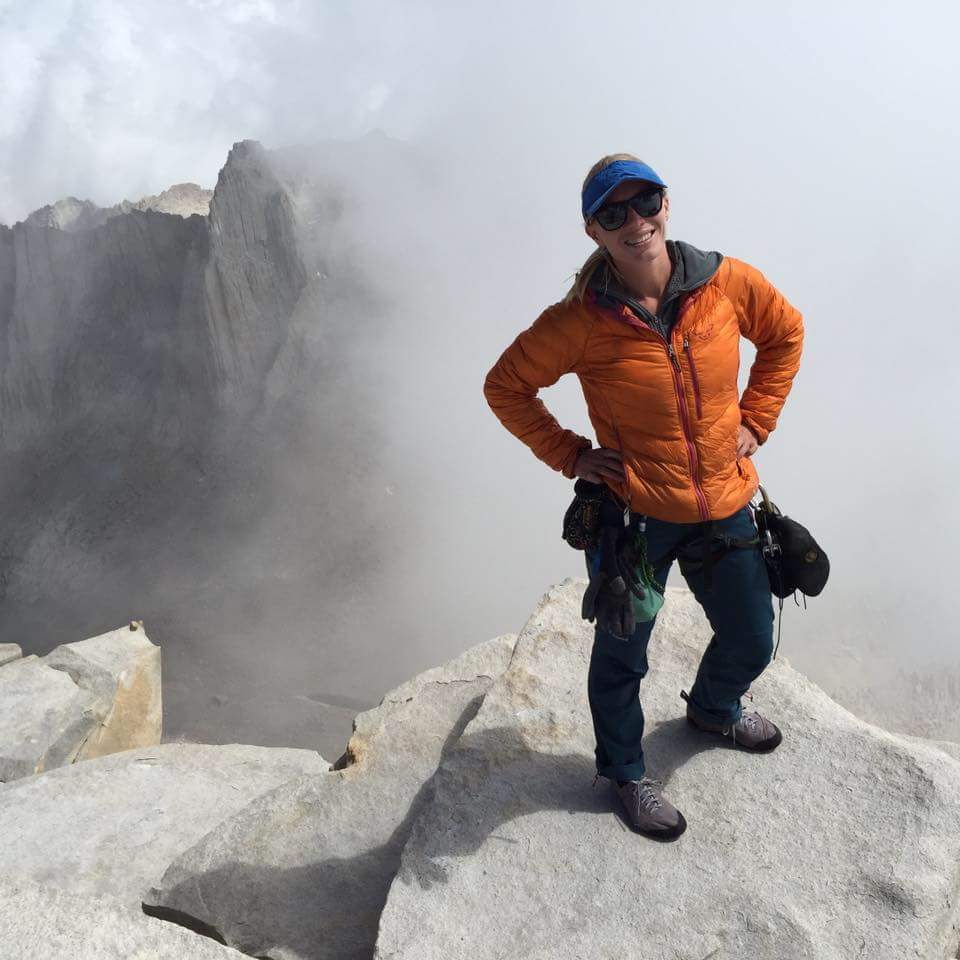 Meg earned a Bachelor’s of Arts degree in Comparative Politics and Public Service from the University of California San Diego. She went on to complete more science coursework and finish a Master’s of Arts in Teaching degree (with a Secondary Science endorsement) from Colorado College. Before teaching in the classroom, she instructed environmental education to groups of middle school students in Yosemite National Park. Meg spends her free time climbing rocks, mountains, and frozen waterfalls. Before she left California, she led groups of teenagers from Sudan and Somalia on rock climbing and surfing trips. She still enjoys leading teens in the wilderness in the summers. These days, her passion is helping her science students understand and appreciate the natural world.

Westin Porter has a Bachelor’s degree in Writing & Rhetoric Studies from the University of Utah. Westin worked as the Digital Science Writer for the Natural History Museum of Utah, and as the Development & Education Coordinator for the SLCC Community Writing Center before joining Utah International. He enjoys reading, writing, playing music, and drinking coffee.

Lara has a Bachelor’s Degree in Social Work from George Mason University and a Master’s Degree in School Counseling from Utah State University. She has ten years of counseling experience. Most recently, she worked as an employment counselor for the Refugee Services Office, where she discovered her passion for working with refugee families. She loves working with youth and helping them discover their interests and talents. In her free time she loves traveling, collecting vinyl records, and watching documentaries.

Nicole has a Bachelor’s degree in Political Science from BYU. During her undergraduate she had the opportunity to work with a non-profit in Ecuador, research development in Uganda, and advocate for immigrants in Washington, D.C. In her spare time she loves to hike, dance, and learn about other cultures.

Kim Warren has both a Bachelor of Arts degree and a Master of Arts degree in English from the University of Utah and a Master of Education degree from Weber State University. Kim enjoys teaching students to find value in what they are learning by helping them make connections with the curriculum through their own eyes and perspectives. She adopts an interdisciplinary approach to teaching, and she uses collaboration in the classroom to engage all students.